Zorin OS 15.2, released on March 8, adds an impressive selection of upgrades and improvements to an already well-oiled Linux operating system.

Since its debut in July 2009
Zorin OS cofounder Artyom Zorin has hawked his distribution as an ideal Microsoft Windows replacement. That description is a strong selling point for this easier-to-use computing platform, but anyone looking for a perfect Windows replacement will be disappointed.

Of course, no Linux distro can be an actual Microsoft clone — nor should it be. Newcomers to the Linux desktop will not find much that resembles Windows 7 or Windows 10 beyond a gorgeous look and partial Windows feel.

However, Zorin OS certainly deserves to be on the shortlist of worthy Microsoft Windows alternatives. The distros on that list, including Ubuntu MATE, Linux Mint Cinnamon, Elementary OS, Solus and Peppermint, show the diversity of the Linux desktop as a better computing option than Windows. 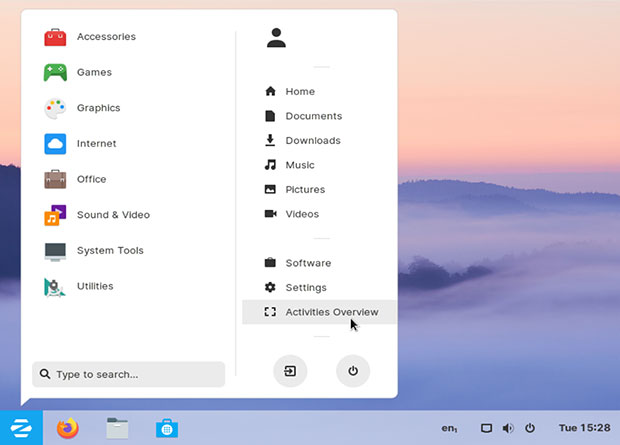 Zorin OS Core has a simple, Windows 7-like menu panel and a GNOME style panel bar.

Although Zorin OS is a reliable choice that offers a solid computing platform, this independent Ubuntu-based Linux distribution may not have enough advanced features to satisfy the computing needs of established Linux users.

Distro hoppers will find Zorin OS a nice change of pace without the challenge of stretching their technical acumen. Still, Zorin OS is not something radically different.

Ubuntu-based Linux distros are now a dime a dozen, but Zorin OS is unlike many of them. The Zorin developers crafted a worthy operating system filled with refinements that make using it much different and better than Ubuntu retread distros.

For instance, Zorin has a release for grammar schools as well as a new platform for large groups, called “Zorin Grid.” It includes a cloud-powered feature to make it simple to set up, manage, monitor and secure a fleet of Zorin OS computers.

Zorin OS has a commercial distro — Zorin OS 15.2 Ultimate — available for $38. Zorin OS 15.2 Core and Zorin OS 15.2 Lite are free to download and use. The Core edition running a modified GNOME desktop is for most users. The Lite edition sports the lightweight XFCE desktop and comes with fewer preinstalled applications. 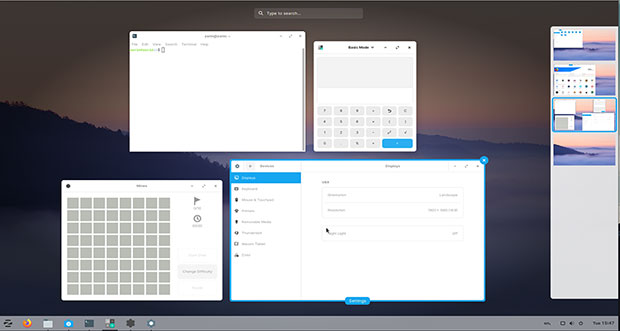 Zorin has racked up more than 900,000 downloads since the release nine months ago of Zorin OS 15. Two of every three downloads went to computers running Windows and macOS, according to the developer.

Zorin OS is hitting its mission mark to bring the power of Linux to new users.

Zorin OS normally gets updated twice per year. Otherwise, minor updates are released every few months as needed. However, following version 12’s release in late 2016, there was a long wait until its next major upgrade appeared as Zorin OS 15 beta in March of last year.

This second point release in the Zorin 15 series makes this distro a performance contender. With the Core edition, using the GNOME desktop is much more satisfying than with standard plane vanilla GNOME retreads.

Zorin OS Core uses a well integrated and tweaked user interface to make the GNOME 3 interface much more productive. Core has what the developer dubbed the “Zorin Desktop.” Do not be fooled into thinking this is a new offering.

It is really nothing more than a prettier face applied to the GNOME shell. Still, this improved integration of GNOME goes far beyond the standard GNOME desktop design. The Zorin desktop integrates a Windows 7 appearance that makes the way GNOME works familiar and comfortable.

One of the major attractions of the Zorin OS GNOME design is the menu layout. It strongly resembles the look of Windows 7, giving new users a comfort zone.

Unlike standard GNOME, you get a two column listing of application categories and content listings. What you do not get is the full-page display by alphabetical listing of every installed application, as is standard with GNOME 3.

This upgrade focuses on refining the foundation of Zorin OS, giving users much more than a new coat of paint. It improves the core technologies and software stack, and delivers a faster, more secure and powerful computing experience.

You might not notice much improvement in terms of speed and functionality if you install Zorin OS 115.2 — or directly upgrade it from 15.1 — on a relative new computer. If you have an aging box, however, and install the Lite version with XFCE, you will be thoroughly pleased.

The update refreshes the assortment of preinstalled software. This is an area that will not go unnoticed.

The 15.2 upgrade includes the switch to Ubuntu 18.04.4 LTS base. It addresses improvements to many of the built-in system technologies, including better security, compatibility and performance factors. The security enhancements gained from running the latest Linux kernel alone are worth the upgrade.

One of the reasons Zorin OS is viewed by many users as the go-to non-Windows replacement is its appearance. Zorin OS is well styled with a fresh and inviting appearance.

For instance, the menu bar and basic desktop view deliver an experience that is much like looking at a Windows screen. The menu button shows a simple layout. You can place launcher icons for favorite programs on the desktop or the Favorites display.

Zorin OS Core is easier to navigate among open windows and virtual desktops than standard GNOME desktops. While the design does not have a workspace switcher applet on the bottom bar or an overview button on the bottom bar, it does have an Activities button in the menu panel.

You also can press the Windows button on the keyboard. Either way, the GNOME virtual panel display slides out from the right edge of the screen to provide a switching function and an overview of the desktop.

However, the desktop has no overview or activities button in the upper left corner as a handy option. Zorin OS lacks other amenities for the sake of simplicity too. Even standard GNOME 3 is lacking in this regard. The Zorin OS desktop has no widgets or applet functions. Animations mostly do not exist.

Zorin OS 15.2 is a simple yet workable computing platform. I would prefer to have an option to swap out Zorin OS’ GNOME integration for the more flexible XFCE desktop on the Core edition.

If Zorin OS sounds promising to you except for the GNOME experience, consider trying the Lite edition. XFCE, despite its lightweight design, offers a more traditional desktop layout experience.

Zorin OS has some fine features that are buried within settings options. I would like to see some included help screens and other new user documentation built into Zorin OS. Users unfamiliar with Linux or the otherwise barren landscape when first seeing the Zorin desktop would have an easier time getting started using it.

This independent Ubuntu-based Linux distribution is designed especially for newcomers to Linux, but established Linux users looking for a change of pace without the need for stretching their technical acumen should not shy away from this distro.

Uber all set to sell UberEats’ India business to Zomato